Alumni Panel on The Great Joy of Serving Others

Moderated by Phi Kappa Psi Foundation CEO Ben Nicol Valparaiso ’00, this session brings together leaders and volunteers in the philanthropic sector to discuss the importance of volunteering and the impact that volunteers can have in their communities.

As we entered March of 2020, no one could have anticipated the duration of the COVID-19 pandemic, nor the need it would create. While millions have been affected economically, we have all been affected socially. Many companies moved to remote work, schools adopted hybrid models of learning, and self-isolation became a phrase all to common. These realities have created a situation where finding and engaging in meaningful interactions – which volunteering provides in spades – has become more important than ever.

Get to know the speakers 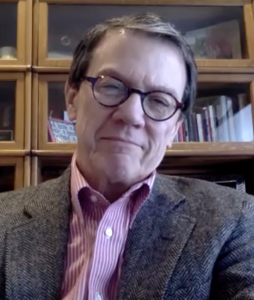 Brother Good is a retired attorney, having practiced law for 33 years in the Fort Dodge, Iowa area. Bill graduated from Iowa State University with a degree in Business and then worked for the Phi Kappa Psi Fraternity for two years following his graduation. He worked as a traveling consultant and then as assistant to Executive Director, Dud Daniel.

After working for Phi Psi Bill went to Iowa law school. After law school Bill continued to serve Phi Psi first as President of the Iowa Beta House Corporation for 11 years. He then became reinvolved with the chapter in 2004 when a rechartering effort begin and has served as the chapter advisor since rechartering in 2007. 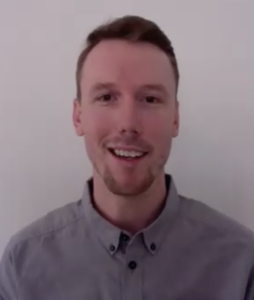 Brother Smothers studied Criminal Justice at Long Beach State and became a member of the Phi Kappa Psi Colony in 2008. Along with his brothers he led the organization to a successful charter as the Cal Xi Chapter in 2010. Randal is a Founding Father with badge #10.

In 2019, he started a marketing company focusing on event production and digital advertising. Randal also works for Reach Out Worldwide, a nonprofit that brings volunteer first responders to disaster areas. Randal manages fundraising & promotional campaigns, partnerships, and works with the Deployments team handling disaster relief efforts. He is a part of a very small team (by design) making huge impacts on real people’s lives across the world. 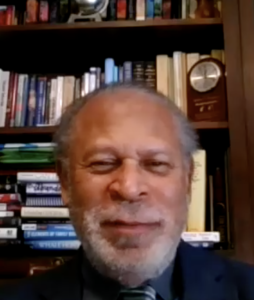 Brother Thompson is an attorney and of counsel with the law firm of Bleeke Dillon Crandall. Milt is most recognized for sports and entertainment law, but he also focuses in business law and consulting for entrepreneurs and non-profits, small business financing, and MBE and WBE certification. He graduated from Wittenberg University with a B.A. and from Indiana University School of Law – Bloomington.

Milt is the president and CEO of Grand Slam – a sports, entertainment, and recreation management consulting firm. He is the co-founder of Play Ball Indiana, a former certified Contract Advisor with the NFL and NBA Players Association, and a Board Member of the Indianapolis Indians Baseball Club. His commitment to the community is attested by his many civic involvements including serving as Vice Chair of the Indianapolis Foundation and as the President of the Indiana University School of Law Board of Visitors as well as President of its Alumni Association. In addition, he was the former General Counsel to the Pan American Games and held the position of Vice President of Indiana Sports Corporation.