I was, as far as I know, the first trans male member of Phi Psi and one of the first trans men in the country to join a men’s-only fraternity. Phi Psi’s current website hosts a page on expansion that celebrates our new charters but our fraternity has also been at the vanguard of another form of growth: inclusion.

Phi Psi floated through the background of my Beloit College life from my first year onward. I never hung out on their porch like my friends did but their Brothers always had a presence in my social groups by bringing their humor and integrity with them. Once I reached my senior year, many of the male students I respected the most had been initiated. I appreciated our brick house from afar but never made an attempt to participate since I didn’t want to be reminded of another world where I wasn’t welcome. As a trans man attending college in the late 2000s, all-male spaces, from dormitories to locker rooms, were either closed or hostile to me until Eric Hetland ’10 approached me in our senior leadership class. I assumed Phi Psi would be the same way.

I never expected to join a fraternity in my last semester of college but when Eric and the rest of the brothers told me they were prepared to break with nationals if I was denied because of my trans status, that convinced me to give rush a try. Rush turned into pledging and pledging turned into an anxious wait for national’s verdict. I began to bond with the brothers as we waited. Christopher “Wolfman” Sebas ’11, who I knew from our shared membership in the college’s nerd club, took me on as his little; since then, we’ve supported each other through his med school education, marriage and divorce, unemployment, mental health struggles and more.

The brothers of Wisconsin Gamma lived their values, and to our great relief, nationals did too. We were told there was already a policy in place and any prospective member who had at least one piece of ID that labeled them as male was eligible to rush Phi Psi. What you were marked when you were born mattered less to them than the man you became. Although their policy wasn’t ideal because of how difficult it can be for trans people to secure the correct identification, it was groundbreaking in 2012. Chris accompanied me to the DMV where, thanks to a note from my doctor, I was granted an accurate state ID, just in time for the spring initiation. 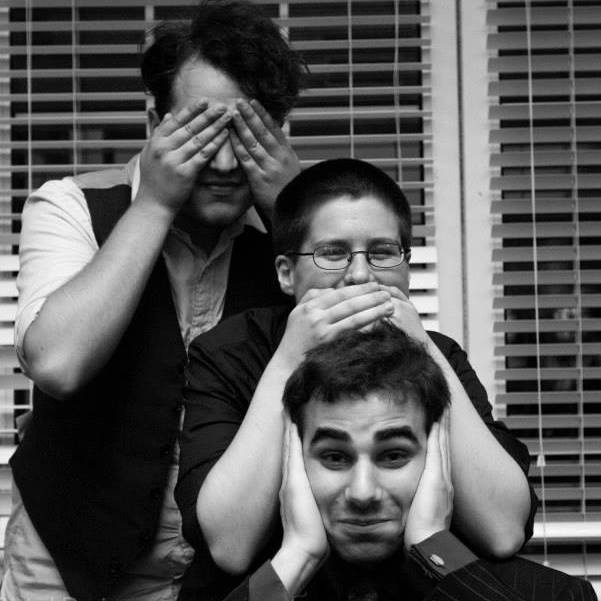 I have all the usual fraternity stories about finding friendships, continuing a legacy with my own little (John “Bluejay” Drury ’12), playing  Super Smash Brothers on the downstairs couch while recovering from surgery and so on. Parties, chapter meetings, practical jokes, philanthropy, Ritual, alumni connections – in the nine years since I was initiated I’ve gone through every standard experience outside of attending a GAC. What’s made Phi Psi special for me, though, has been how my brothers rose to address challenges with real world stakes. While I lived in the house, I bore witness to and helped my brothers navigate issues that challenged their strength of character. Every time I saw them make their choices for the right reasons, then learn and grow from their experiences. We’re not empty suits or smiling mannequins – we’re real people with real struggles. I’ve found the true value in Greek life to be the community support we need to make the right choices.

Wisconsin Gamma is unusual for its legacy of embracing diversity. Eric filmed a documentary about how Greek life at Beloit College set the national standard for integration, from race to my role in expanding our understanding of what it means to be a man. While I was active, at least a quarter of my brothers were some flavor of not-straight and those were just the ones I knew well. One of our most involved alumni is an openly gay man. Last autumn, I sat down for a Zoom call with some of our current members and learned that several are trans men or nonbinary. I might have been the first but it brings me joy to hear that I wasn’t the last.

I don’t want to paper over the complicated experiences of Phi Psi’s queer members. Not every chapter or alumnus has lived up to our values. If I’d gone to college a decade earlier, I expect pledging myself to Phi Psi would have been off the table and it wouldn’t surprise me if there are places where I still wouldn’t be welcome. That’s a legacy Phi Psi has to reckon with and I call upon my straight and cis brothers to open their ears to what its queer community has to say.

Newness and difference can be frightening; it’s when we set aside those fears and embrace the gifts of change that we become our best selves. My heart goes out with gratitude to every one of my siblings in Phi Psi who embraced those of us who were a little strange; a little unfamiliar. Because you and national made the choices you did, we were able to bring our full, shining selves forward in service.

There’s no clean Latin translation of the ‘pride’ in ‘Pride Month’. ‘Superbia’ and ‘fastus’ both mean haughty or conceited, which doesn’t capture the transformative feeling of claiming your authentic identity against all odds. We could use ‘magnificentia’ or ‘exaltatio’, but I’m partial to ‘gloria’ because it reminds me of singing as part of a choir, the same way we come together for “Noble Fraternity”. We’ve earned the right to take pride in our accomplishments, so long as we continue pairing it with our commitment to humility and the evolution of our fraternity.

While we can’t verify that Tobias was the first trans man to join a Phi Kappa Psi chapter, we are proud of his experience at Beloit College. We also recognize that not every person, as a potential member or undergraduate member has had a positive experience. Phi Kappa Psi is committed to addressing the challenges of inclusion that may exist within our organization and on campuses throughout the country, not just among the LGBTQ+ community, but also due to race, age, ethnicity, religion, economic status, or disability.

In January of 2020, Phi Kappa Psi established a Diversity, Equity and Inclusion Committee. This committee is currently drafting a bias response process that will better guide our support if our organization is involved in an incident of bias. We have used feedback from member experiences like Tobias to grow as an organization, and will continue to listen to our members, campus professionals, parents and families, and research to guide our decision making as we look to the future.

If you have questions or interest in getting more involved with Phi Kappa Psi, please email me at rkr@phikappapsi.com.