It’s been said time and again that opposites attract, and for Scott Sutton (Lycoming ’04) and Alec Traub (UC Irvine ’99) who met inside Heritage Hall in downtown Indianapolis during the summer of 2004, this was especially true. Sutton grew up in a small farming community in central Pennsylvania and had just graduated with a bachelor’s degree in Corporate Communications. A skinny, dark-haired young man, he was about to travel the country with no GPS as a Chapter Services Consultant. Traub, who hailed from Beverly Hills, was set to take over the Fraternity’s Expansion efforts. As they learned everything necessary to be successful in their jobs, the two were realizing Greek letters were not the only thing they had in common. 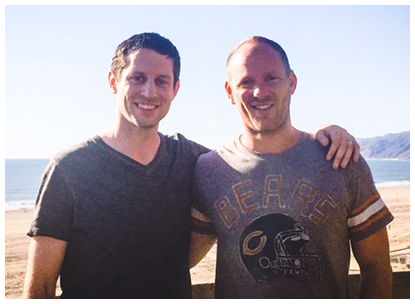 “You would have never guessed that two very different people could have become such close friends,” Sutton recalled. “But we hit it off that summer and got along very well.”

Before long, a beautiful friendship was emerging as the pair began sharing silly jokes, both on the job and outside of work. Eventually, they even started finishing each other’s sentence, as others who worked alongside the duo were witnessing true brotherhood and comradery.

“Although we had gotten close over that summer, for me, it really started with a text from Scott,” Traub explained. “I was travelling to one of the Fraternity’s colonies and as I was waiting to board my flight, I looked at my phone and read, ‘I miss you like the grasshopper misses grass – and hopping.”

That text would become the basis for a back and forth banter where one would attempt to outdo the other. Over a 15-year period, Traub kept every text message and began recording their memories.

“One of my favorite times spent with Scott was after I finished a visit with the Iowa State Colony,” Traub said. “Scott was visiting a chapter nearby and we decided to meet in Dyersville (Iowa) to see the Field of Dreams movie set. When we got there, it was a perfect, sunny day and we were able to play whiffle ball together on the diamond. We’re both huge baseball fans – different teams of course, the Red Sox for Scott and the Dodgers for me.” 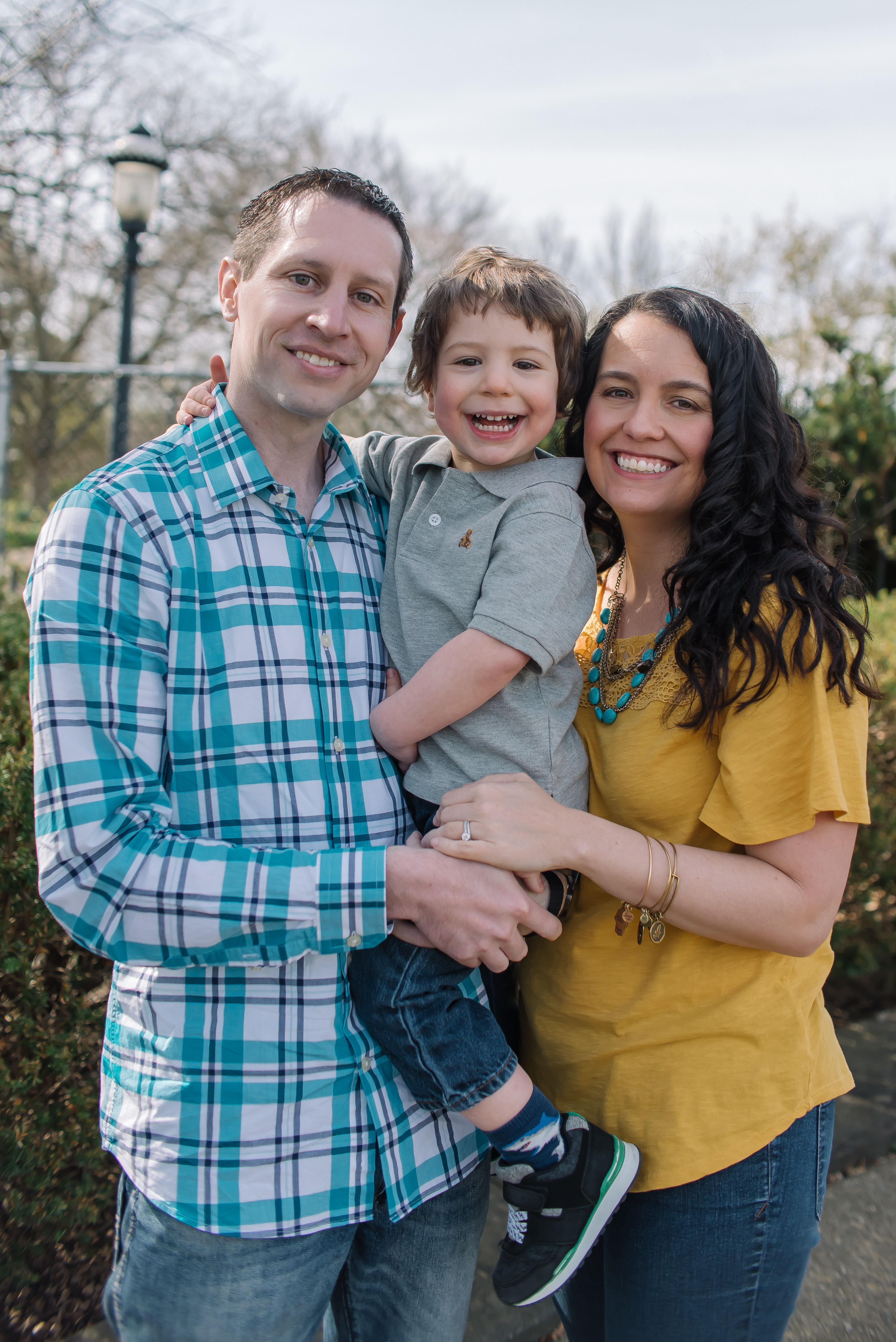 Scott and Anne Sutton with their son Alec.

The friendship continued long after Traub returned to Los Angeles and married Dana Vitrano in 2008. The next year, Sutton was diagnosed with carcinoid or neuroendocrine cancer that required having two thirds of his right lung removed. Following his surgery, things were moving along well for Sutton. On Valentine’s Day in 2014, he married Anne Stoltz. A year later, the Suttons became parents to a baby boy, who they named Alec.

Through it all, the text messages and regular conversations between Sutton and Traub continued, each one goofier than the last. Those same messages would later offer encouragement when Sutton’s cancer returned in January 2016, this time as a stage IV diagnosis.

“I love you like the ant eater loves ants…and eating,” read one text. “I love you like the dragonfly loves dragons…and flying,” read another. Traub had been storing the list on his phone and over Labor Day Weekend in 2016, it was used to start a more meaningful conversation. The couples sat on the Suttons sun porch in Allison Park (Pennsylvania) where for the first time, the wives saw the duo in action.

“It was really something to see,” Anne Sutton said. “Dana and I had heard about their routine, but we had no idea just how much of a performance it would end up being. We laughed and smiled a lot that night, and we ended up becoming very inspired.”

The conversation continued for hours, and rather than dwelling on the heartbreak of Sutton’s cancer returning, the four began discussing plans to do something special and everlasting for little Alec. Using Traub’s list, the pair decided to pen a children’s book about the love between a father and son.

“I always had an idea of doing something for my son,” Sutton said. “Because we read to him often, he’s come to love books, so the book seemed like a perfect fit.”

For two years, Sutton and Traub would work through scripting via Skype and text messages. When it came time for illustrators, the two asked their friend Josh Perrin (Bucknell ’01) for a recommendation. Perrin connected Sutton and Traub to his father-in-law Glenn Zimmerman who is an animator for Garfield  Studio Paws Inc. So touched by the story, Zimmerman happily agreed to help.

“I Love You Like…” was published in September, and in its short run, the book has sold more than 2,000 copies on Amazon with proceeds going directly into little Alec’s college fund. Plans are also underway to get it on bookseller shelves. It’s a touching story of a Daddy grasshopper heading to work and telling his son how much he loves him. But, like most inquisitive kids, the young grasshopper keeps asking questions.

By the end of the book, the son recognizes his father’s love, and then his thoughts turn to wondering how much his Daddy will miss him while at work. From Sutton’s vantage point, it’s a fair question that’s deeply embedded in creating and leaving a lasting legacy. 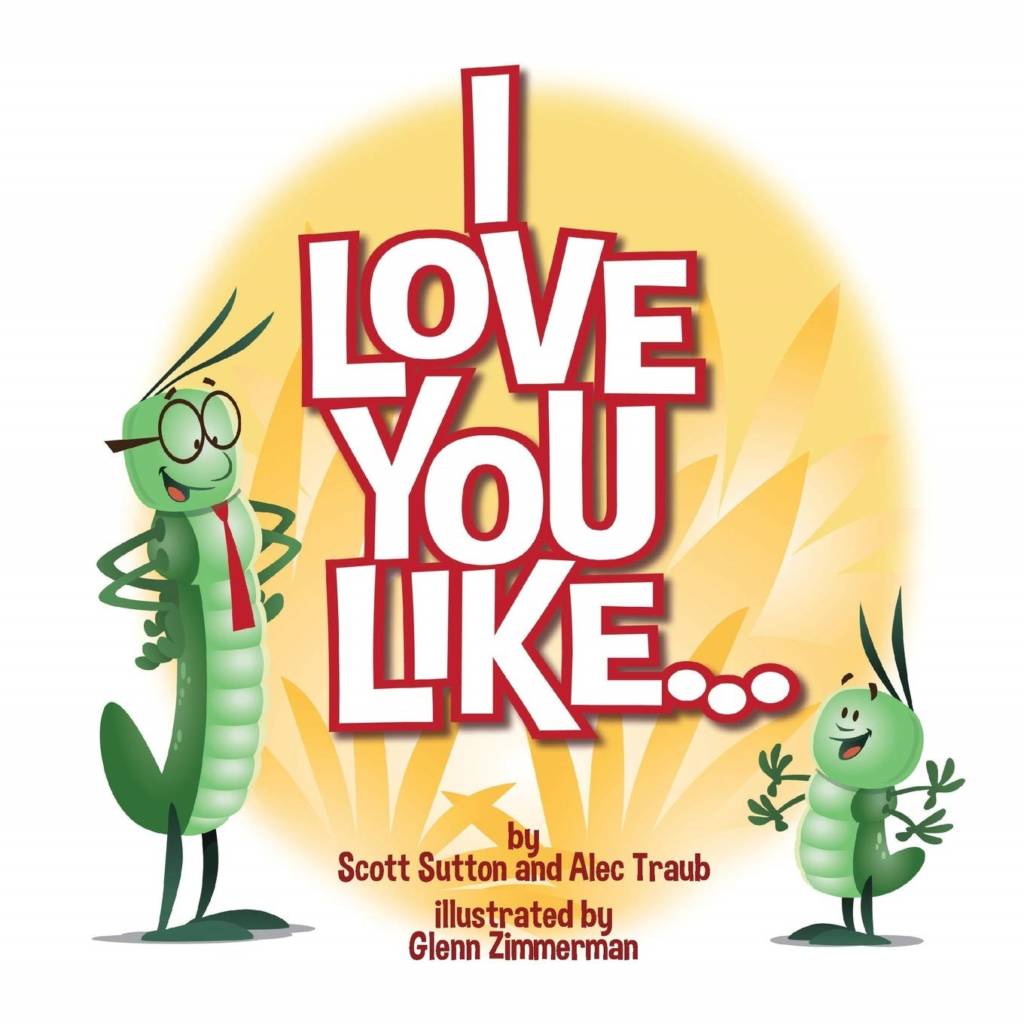 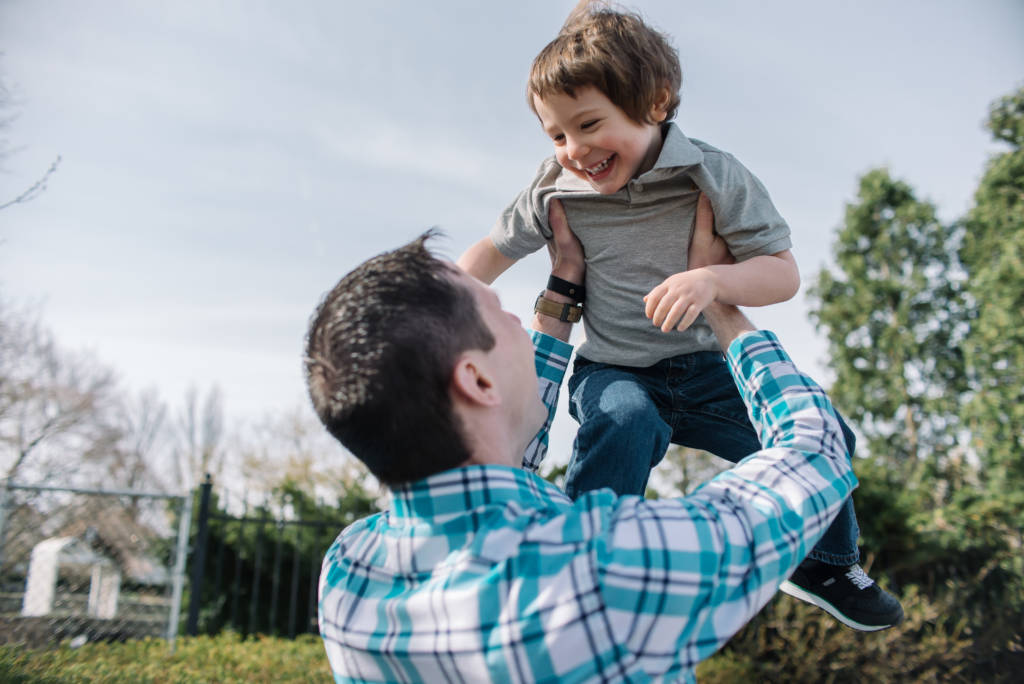 “The book has spread a lot of joy and been a silver lining during a difficult time for my family,” Sutton said. “Not only does my son love it, but the overall response from our brotherhood has been overwhelming. It truly means a lot to me, Alec, and our families.”

Scott Sutton lost his battle Dec. 13, 2018 after battling stage IV neuroendocrine cancer for nearly two years. He was surrounded by his loving family. Contributions can be made to the Phi Kappa Psi Foundation, c/o The Scott Sutton Memorial Fund at pkpfoundation.org/sutton.

For more information on “I Love You Like…” or to purchase the book, visit www.grassandhopping.com.