The oath taken by members of Phi Kappa Psi Fraternity calls upon them to serve by making their communities and the world around them a better place. Whether through volunteering for the Fraternity, giving back to a local nonprofit organization or via the selfless act of showing a love of one’s country with military service, members are truly able incorporate such dedication into their daily lives. For Captain Robert Woodson (Arizona ’00), or “Woody” as many know him, this commitment to service spans more than 18 years.

Woody became a new member of the University of Arizona Chapter of Phi Kappa Psi in the Fall of 2000, following a successful re-chartering. It wasn’t long before he would make a lasting impression on Brother Jerry Nelson (UCLA ’48) who hired Woody to help him manage activities at his home in Scottsdale (Arizona) and his home in Cabo San Lucas in the summer of 2001. Nelson would also introduce him to future National President Brother Paul Wineman (Washington ’55). 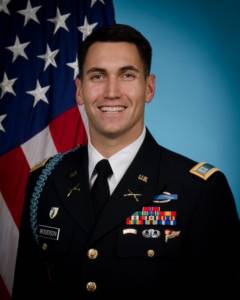 “Both Jerry and Paul have remained close mentors,” he said. “They taught me early on how involvement in Phi Kappa Psi could impact my future and they have been a constant reminder of the bond of brotherhood.”

Before graduation in 2005, Woody served twice as Chapter President and would later feel the urge to enlist in the military. However, that dream would briefly be put on hold after meeting his future wife Shauna Koenes his senior year.

“I had originally planned to finish school and join the Army, despite having no prior military experience or anyone in my family who had previously served,” Woody recalled. “However, as things grew more serious with Shauna, I accepted an offer in Sacramento as a Political Consultant to the Speaker of the California State Assembly instead.”

By the Winter of 2006 following news that a close friend had been shot in combat in Iraq, Woody had a wake-up call where he realized it was a now or never moment as he sat in the Capitol in Sacramento. After realizing he would undoubtedly feel regret, Woody traded in a coat and tie for camouflage and body armor.

“I enlisted in the Army and was commissioned as a Second Lieutenant in the Summer of 2007,” he said. “After becoming Airborne and Ranger-qualified, I led an Infantry Platoon in combat in the Arghandab River Valley, east of Kandahar in 2009.” 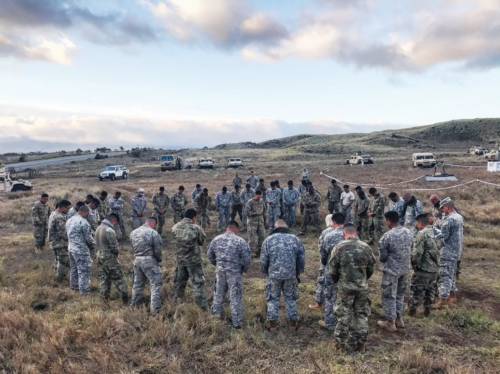 In 2010-11, Woody became a father to daughter Taylor Lynn and returned to combat before her first birthday. He received a Bronze Star as the Executive Officer of a Reconnaissance Troop responsible for numerous checkpoints separating Mosul, Iraq and ethnic Kurdistan during the Arab Spring. By 2016, and now a father to both Taylor Lynn, Matthew and Noah, Woody transferred his commission to the National Guard, having served in increasingly-complex leadership positions, including two Company Commands.

“Today, I am serving in the California Army National Guard as a Chaplain Candidate and I attend Western Seminary with responsibilities as the Director of Men’s Ministry for a large church in Northern California and as a Leadership Coach specializing in helping young men ‘Be All That They Can Be.’”

For Woody, coaching, serving in the military and his ministry is all in a day’s work, and each part allows him to be focused on others to help in positively shaping lives.

“The greatest gift of coaching is that it forces you to be an active listener,” he said. “By using this skill, along with powerful questioning and direct communication, I can help others see their own solutions. It is really a tremendous way to help others in finding their potential.”

Coinciding with his coaching practice, Woody has been an integral part of the Fraternity’s Professional Development Conference since its inception in 2017. During the inaugural event in Chicago and again in Dallas in 2018, he was one of 24 coaches who professionally mentored younger brothers for a weekend. He also presented about his 2017 experience at the Grand Arch Council with Brother Andrew Rus (Capital ’15). Today, he remains in touch with Rus and many other undergraduate brothers he had the pleasure of influencing. When asked how others can make a difference in their community, country and within their own lives, perhaps Woody’s answer is the most profound.

“Start by stopping. One of the greatest things anyone can do for themselves is to take a time out,” he explained. “If we can tap into a friend, a pastor, or a coach as opposed to our devices, we get the most benefit. These activities will enable us to see where we are most needed, to see what we have to offer, and to unleash our best where we can do the most good.”

Whether through one area of focus or by equal parts soldier, minister, coach and Fraternity volunteer, Woody is changing lives as he enhances his own. For his work in helping others recognize their fullest potential, Phi Kappa Psi Fraternity salutes him. 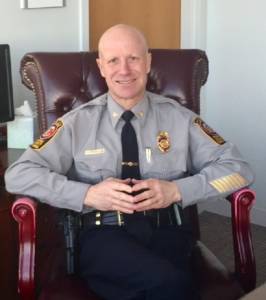 The year was 1983 and like most summers in the desert, it was hot and full of sand. Just before school started, a young Ed Roessler (Arizona State ’83) hopped off an airplane and headed straight for a Howard Johnson near the campus of Arizona State University. After checking in and dropping off his belongings, he made the walk to campus to register for classes. Coming from a line of New York City firefighters, heat was nothing for Roessler, but little did he know about not walking on the red sand of the desert valley in the dead of summer.

“I ran across the red sand trying to take a short cut across campus to the Registrar’s office to stand in line to get my class, only to find myself sinking to my knees in the red sand,” Roessler recalled, speaking with a thick Brooklyn accent. “I got lost on campus looking for a place to live when I came across Ken Walbridge (Arizona State ’79) who asked me what I was doing. When I said I was looking for a place to live, Ken said, ‘You’re living with me.”

That chance meeting with Walbridge was Roessler’s introduction to Phi Kappa Psi and the beginning of a lifelong friendship that has included the art of time management, something that Roessler has found helpful with a career in law enforcement.

“Following graduation, I moved back to New York and became an investigator with the New York City Department of Investigation while attending graduate school before moving to Fairfax (Virginia) in 1989 to become a patrol officer with the Fairfax County Police Department,” he said. “I was later promoted to Sergeant and was blessed to navigate through all the ranks and gain operational and administrative experiences in all the boxes on the organizational chart, eventually earning an appointment as the Chief of Police in 2013.”

For the past six years, Roessler has managed the 32nd-largest police department in the United States with a budget of over $200 million in the most diverse county in the nation with the most highly-educated and engaged community members whose population exceeds 1.2 million.  Roessler is proud that he’s recruited several brothers to serve alongside him in his agency and other great law enforcement agencies throughout the country. As a reminder of how Phi Kappa Psi membership has influenced him on the job, he carries a copy of the Phi Kappa Psi Creed next to his badge.

“Every day in my personal and professional life roles, the Creed and reminds myself and others of the duties and obligations we have as community and family leaders,” Roessler said. “It’s an honor to live a life of service and to be there when others need help.”

Roessler knows what it’s like to be an effective community leader and to instill transparency in himself and others. Over the past year, Roessler, along with other community and public safety leaders, he has committed himself to sharing his battle with post-traumatic stress to shatter the stigma of mental illness to save lives.  Through conversations about suicide prevention with other law enforcement and community leaders, Roessler has found his higher calling in life, which includes helping others achieve post-traumatic growth for productive and successful lives.

“The number one cause of death in first responders is suicide,” he said. “After one of our officers committed suicide, I began working with many great first responders to be their voice, and to send a clear message that ‘It’s ok to not be ok,’ and to share our stories of seeking professional help as it’s the right thing to do.”

Since 1989, Roessler served as Chapter Advisor to George Washington University, and is now pleased to help his brothers at the James Madison University Colony by sharing his life experiences as a leader, father, brother, son, friend and a person of faith.  By having discussions with young men and helping to teach them how to cope with stress, he is building trust in the Brotherhood one step at a time.

“I try to remind the undergraduates of the same lessons I have learned,” he said. “Everything comes full circle; the journey of life is long, and the path is always changing. With ethics and integrity as articulated in our Creed, and when you aspire to do the right things during the battles in life, you will always succeed.”

Now at 55, Roessler is more content than he’s ever been – and he’s finding he not only is a better advisor, leader, father and husband, but also in a position to keep learning.

“I always want to remain a student of life as my job is my life,” he said. “When you connect with others to help them, you then understand your noble purpose on this earth, no matter what role you’re playing.”