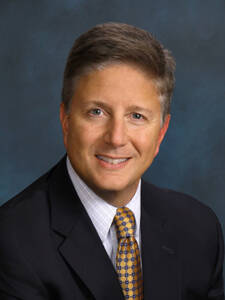 Robert “Bob” Marchesani Jr. IUP ’79/Butler ’94 spent 27 years with Eli Lilly and Company in Indianapolis, Indiana working in a variety of global commercial and strategy roles in the company’s oncology business unit.  Following his retirement from Lilly in 2017, Bob began several professional pursuits. He is president of Proventus Consulting, a firm that specializes in guiding pharmaceutical and biotechnology companies in the oncology field. He is also a member of the board of directors of the Swedish pharmaceutical company Isofol Medical AB and the Scottish start-up pharmaceutical company Avipero Ltd. In addition, Bob is an MBA adjunct faculty member and leadership coach, and undergraduate executive mentor in Butler University’s Lacy School of Business. Bob is married to Marlene and they have three adult children: Allison, Andrew and Matthew, and one grandchild, Jude. 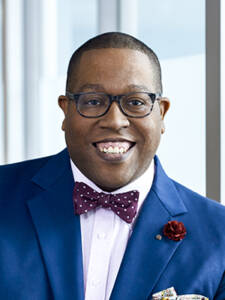 Marc Dumas DePaul ’93 is a Founding Father and the third initiate of the Illinois Zeta chapter. Upon graduating from DePaul in 1994, he helped create two new chapters at the University of Illinois – Chicago and Northern Illinois University. He’s dedicated himself to the fraternity movement for the last 25 years, educating, mentoring and leading by example in the chapters he’s advised and the programs he’s facilitated for Phi Kappa Psi and other groups. In 2006, he was invited to join the Order of the S.C. upon his attendance of his seventh GAC. He’s attended every GAC since 1992 where he’s served as a Chair or Deputy Chair of its standing committees. He’s been awarded Chapter Advisor of the Year at the local level 16 times and is a two-time National Chapter Advisor of the Year. When he’s not trying to tell you how wonderful fraternity is and convince you to stop talking about your fraternity experience in the past tense, he is a REALTOR® with Coldwell Banker Realty in Chicago and the father to Olivia, 17 and Theodore, 14 (a 2028 initiate). 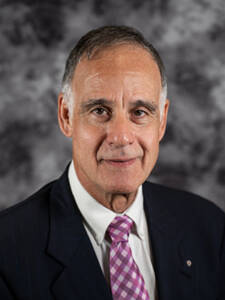 Charles E. “Chuck” Brandman Case Western ’70 completed his first professional career with The Dow Chemical Company where he held a variety of leadership roles including: manufacturing, information systems, global project management and knowledge management.  Chuck is a Certified Six Sigma Black Belt with expertise in facilitating global cross-functional teams.  Since 2017, Chuck has been pursuing his second career as Community Volunteer.  In addition to his several volunteer roles within Phi Psi, Chuck serves as: Board Chair of Cy-Fair Federal Credit Union, Director of Harris County Municipal Utility District 264, Case Western Reserve University Alumni Association board and is a Captain/Volunteer with the Houston Livestock Show and Rodeo.  Chuck is married to Judy; they have two adult children: Andrew and Sharon, and five grandchildren. 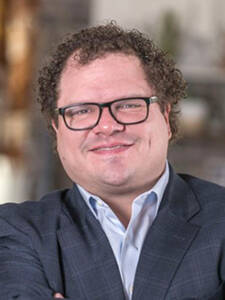 Christopher M. Wheeler LSU ’01 is a proud 2001 initiate of Louisiana Alpha. Following his graduation from LSU in 2003, Chris spent two years in his hometown of Houston as a science enrichment educator for at-risk elementary school students living at or near poverty. In 2005, he moved to Los Angeles and enrolled at Southwestern Law School, earning a J.D. in 2008. Chris embarked upon his legal career representing music recording artists, over time broadening his practice to include business, risk management, and intellectual property issues across the entertainment, creative services, and consumer products industries. He has counseled social media personalities, global sports icons, the world’s largest electronic music festivals, NFT entrepreneurs, authors, podcasters, television writers, motion picture producers, and one candle company. He has attended every GAC since 2002 and was inducted into the Order of the S.C. in 2014. In 2018, Chris was recognized with the E. Wade Shows Outstanding Alumni Service Award for his commitment to Louisiana Alpha. He was appointed Attorney General of the Fraternity in 2019 and served in that role until his election to the Executive Council.